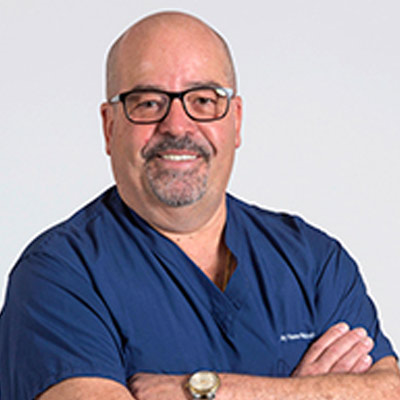 Dr. Juan Gonzalez is a surgeon and has been practicing for over 30 years. He trained at Jersey City Medical Center as a chief resident and received his medical degree from the Universidad Central Del Este in the Dominican Republic. Dr. Gonzalez donates one week of his time each year, and all of his skills, to underserved populations in the Dominican Republic through the medical mission group Guardians of Healing and with the support of Surgical Specialists of North Jersey. He has been an active member of this group for over a decade. In his free time, he enjoys spending time with his 4 grandchildren. He was born in Cuba, grew up in Union City, NJ, attended Union City High School and is proud to serve his community. Dr. Gonzalez was enlisted in the United States Navy and currently is a northern NJ resident. He speaks English and Spanish.